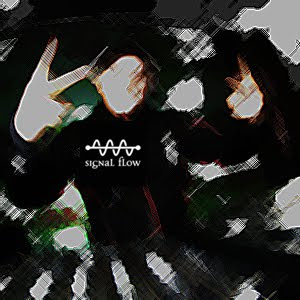 The 25th Episode of the Signal Flow Podcast mixed by AK47!

Oldschooler of the French scene, AK47 is behind the decks since 1993.
From early rave to industrial, speedcore to breakcore, drum and bass to gabber, AK47 has been spreading hard and dark madness around the world: in the UK, Holland, Belgium, USA, Switzerland, Germany and all through France.

Numerous mix tapes and two mix Cd’s have been distributed – one for I Hate Trance, the Dutch promoters, the other with a unique early rave mix, for Epileptik, one of the major French hardcore labels. In 1997, he creates, with his partners in crime, BudBurNerZ, with more than 17 EP’s and 6 albums (including 2 under Epileptik’ label).

In June 2010, AK47 has been elected co-president of Technopol - Techno Parade, and is now one of the "voices" of the French electronic music scene as well as one of the promoters of the Paris Techno Parade that gathers more than 300000 people and 20 trucks in the streets of Paris since 1998.

Thanks for listening!
Posted by Signal Flow at 8:44 AM 3 comments: