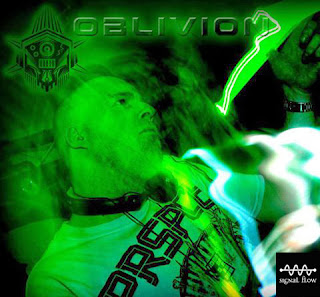 The 57th episode of the Signal Flow Podcast mixed by Dave Enigma!

Today's podcast features the UK native, Dave Enigma! He's put together a great mix for us so sit back and enjoy!

Here's a little bit more about Dave:
Dave Enigma's break came in 2001, winning the finals of the North Radical Technology "Dog Bollox" Dj competition at the legendary Void nightclub in Stoke on Trent, UK. Regular bookings at North also with Species and numerous other parties followed. Then in 2002 having met Joe ET the previous year, he was offered a residency and partnership with new promotion Oblivion. This night was run by Tom Brown (AKA Shape Shifter) and had started up a year before in Northamptonshire and from there things progressed.

11 years on and during that time and Enigma has played at many major parties in the UK and also played in Europe and the USA, alongside the very best underground hardcore techno djs and artists. He has enjoyed 11 successful years as a promoter and resident Dj at Oblivion events which have taken place in Leicester, Liverpool, Bristol and Birmingham and is now currently the longest running hardcore techno promotion in the UK. Enigma's influences include Djs Producer and Dolphin and his style ranges from 175 bpm crossbreed hardcore and industrial to 220 bpm UK style hardcore techno and everything in between.

Posted by Signal Flow at 1:15 PM No comments: