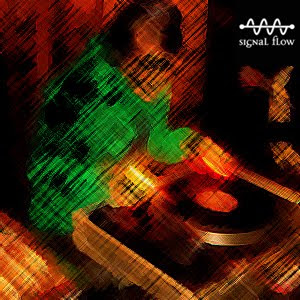 The 33rd Episode of the Signal Flow Podcast mixed by Angel!

Happy Halloween! Welcome to another episode of the Signal Flow podcast! This time around we have a great mix from a fairly new name to the scene. She's had a couple of releases on Teknoform Recordings which have received a lot of support from the big players and have been featured in many of the SF podcasts as well as the Project Hardcore compilation! She's now just released her latest EP on legendary Industrial Strength Records!

Here's a little more about Angel:
Angel (Angela Mierzwa) hails from Poland. She discovered techno music as a teenager and very quickly fell in love with it. She cites Chris Liebing, Monika Kruse, Jeff Mills, Ben Sims, Richie Hawtin, Lars Klein, DJ Amok and DJ Rush as some of her earliest influences and sources of inspiration.

Angel started playing and collecting techno and schranz records after moving to London in 2004 where she discovered its infamous underground free techno parties. In September of that same year she met someone on a train from Paris to London who noticed the bag of records she'd bought in Paris, and they started chatting about music. He told her that he used to run a radio station and that he still had a lot of professional DJ equipment sitting in his office that he would gladly donate to her.

Many years of determined work led to Angel's first track “Like That”, which incorporated every element and style she wanted to hear in music: industrial hardcore, schranz and techno. The track very quickly garnered DJ support from some of the biggest names in the hardcore and hard techno scene such as Ophidian, The Outside Agency, The DJ Producer, Day-Mar, Fracture 4, Tymon, Broken Rules and Jason Little. Inspired by all this support she's been in the studio every free moment she can find to continue developing her new-found sound.

In 2011 she released her first 4-track EP “Distorted Thinking” on the legendary Industrial Strength Records.

Thanks for listening!
Posted by Signal Flow at 9:44 AM 1 comment: The 32nd Episode of the Signal Flow Podcast mixed by Diskore!

Diskore returns to the Signal Flow podcast with another fantastic diverse set! I hope you enjoy this mix as much as I do, turn it up!

Diskore has been a part of the collective responsible for the famous underground LA parties called 'Dark Matter' Which showcase all styles of dark, hard, and experimental electronic music.

Thanks for listening!
Posted by Signal Flow at 9:50 AM 1 comment: