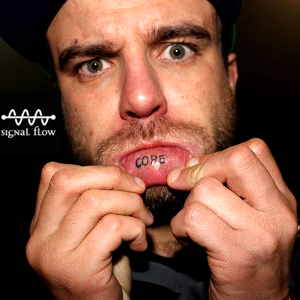 The 49th episode of the Signal Flow Podcast mixed by The Teknoist!

Welcome back to the Signal Flow podcast! Today we have special guest The Teknoist! The man from England, known for his releases on Deathchant, Planet Mu, Rebelscum, Ad Noiseam and his own imprint Ninja Colombo has put together a phat mix for us today, sit back and enjoy!

Here's a little more about him:
Mike Teknoist has been part of the underground hardcore scene since his early teens as a fresh faced boy from “The Bay”. He sharpened his teeth and started to gain his fearsome reputation as a DJ playing nights such as North, Rebellion, and Oblivion. His early production skills took much influence from legendary Hardcore artists such as Hellfish, Dolphin, and The DJ Producer. His production quickly took on a distinctive sound of his own, fusing influences from throughout the musical spectrum, which coagulated into a unique Core based audio nail bomb!

Visit his networks below to find out where he is touring and to get his music!

Thank you for listening!!